Mexico: Future of the maquila and manufacture industry

Federico Serrano Banuelos, during the opening of the 44th Index National Convention
Companies were awarded the Index Certification as ISO 9001: 2015
Enrique Castro, president of Index Reynosa
Rolando Gonzalez Barron, president, Index Matamoros
Guillermo Fernandez de Jauregui Velasco, president of Index Nuevo Laredo
Luis Aguirre Lang, president of the Institute of Promotion to Foreign Trade of the State of Jalisco
Authorities accompanied Federico Serrano during the tour of the stands
Rogelio Garza, Undersecretary of Industry and Commerce of the Ministry of Economy 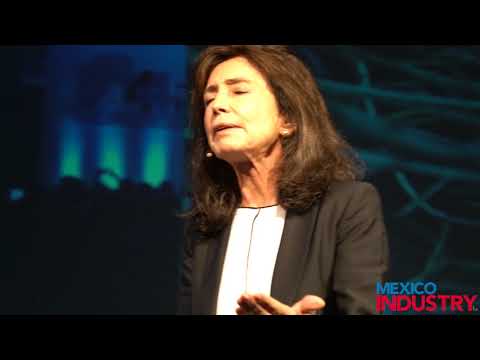 Aiming to let know the future of the manufacture and maquila sector in Mexico the 44th Index National Convention “Paradigms for Advanced Manufacture,” was held from October 11th to 13th in Merida, Yucatan, which was opened by Federico Serrano Banuelos, president of the National Council of the Maquila Export Industry.

Before the president and national Index directors, company directors and state and federal authorities, Serrano Banuelos announced his positioning regarding with what can happen with the North American Free Trade Agreement (NAFTA.)

“Currently, the renegotiation of NAFTA is taking place, but we should clarify that with or without it, our industry has and will have the success it deserves,” said the Index president, who added that it is necessary to expand Mexico’s industrial trade through defined public policies.

Serrano Banuelos statements were supported by Rogelio Garza, undersecretary of Industry and Commerce of the Ministry of Economy, who said that the “the Mexican industry will grow with or without NAFTA, as Mexico is much more than a Free Trade Agreement.” In addition, he added that in case of the cancelling of the trilateral agreement, the Federal Government has a support plant for the affected sectors.

While, Manuel Herrera Vega, president of the Confederation of Industrial Chambers of Mexico (CONCAMIN, by its Spanish initials) recognized that NAFTA negotiations have hardened, but he said that whether Mexico is inside or outside the agreement, the outcome will be positive for the industry, as “we will not let the country's economy be infringed.”

While Gerardo Gutierrez Candiani, head of the Federal Authority for the Development of Specials Economic Areas (AFDZEE, by its Spanish initials) talked in front of Rolando Zapata Bello, governor of Yucatan, about the importance that such State is betting to innovation and technological development.

Later, the words from Gutierrez Candiani were thanked by Zapata Bello, who commented that “the industry in the state of Yucatan continue to grow, while nationally, the manufacture sector represents almost 90 % of the exportations and, so far this 2017, exportations have advanced more than 10 % regarding the year.”

During the 44th Index National Convention were held different conferences among which highlight the “NAFTA modernization process,” which was in charge of Rogelio Garza, undersecretary of Industry and Commerce from the Ministry of Economy and Emilio Cadena, president and CEO of Grupo Prodensa.

Other conferences that were held during the event were: “Customs modernization and its impact in the manufacture sector,” “Control and the facilitation in foreign trade matters,” “ZEEs: New opportunities for development,” “New energetic order in Mexico,” “Talent and Millenials for the manufacture industry,” “Projections of world growth and of North America. Paradigms for advanced manufacture” and “Economical – Political Situation in Mexico towards 2020.”

“Reynosa continues rising in the manufacture industrial sector, currently has a demand of more than 10,000 jobs, those vacancies are been sought and we believe that with the expansion of some companies which are already established in the area and the soon will carry out their expansions this demand could be covered.  As of 2017 about 12,000 jobs have been generated, training is needed but gradually this stage is being observed.  Markets are very smart and they will know where to establish therefore the landscape for 2018 in Reynosa is stable and positive”

“Matamoros has a very stable and encouraging growth, as of 2017, 6,000 jobs have been generated, it is expected that by the end of the year there will be about 7,000 to 7,500 jobs; there are several expansions that have been carried by some companies that were already established as well as of new companies, the most important for the area and that will generate more investment in the city, is the opening of TPI Composites.  Among the most important challenges that Index Matamoros will be facing in 2018, will be the uncertainty of the global market in which it will have to work closely, as in the NAFTA, the new taxes in exporting as well as importing that will have to be approached gradually.  Regarding revolution 4.0 which is currently managed in the industry has to go together with education, better training of future professionals and the ones that are currently working at the manufacture industry.

“Nuevo Laredo is growing considerably; currently it has experienced several expansions of companies that were already established, as well as the arrival of new investments in the automotive and home appliances sector area.  As of 2017 about 3,000 jobs have been generated and we are seeking to fill 2,000 more positions.  For 2018 it is contemplated a very promising landscape, it is expected the result of some negotiations made in the last trimester of 2017, and that will detonate the accelerating the arrival of more companies to Nuevo Laredo.  The industrial sector represents 40 % of the jobs generated in the community.  Delphi is about to start new plant in the city”

Federico Serrano Banuelos, during the opening of the 44th Index National Convention
×
Companies were awarded the Index Certification as ISO 9001: 2015
×
Enrique Castro, president of Index Reynosa
×
Rolando Gonzalez Barron, president, Index Matamoros
×
Guillermo Fernandez de Jauregui Velasco, president of Index Nuevo Laredo
×
Luis Aguirre Lang, president of the Institute of Promotion to Foreign Trade of the State of Jalisco
×
Authorities accompanied Federico Serrano during the tour of the stands
×
Rogelio Garza, Undersecretary of Industry and Commerce of the Ministry of Economy
×