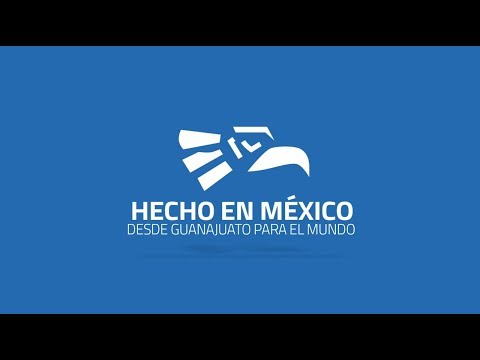 OSG Royco Guanajuato Tech Center Of Japanese origin, found in Guanajuato the ideal place to install its manufacturing center and to attend from here the needs of its clients, mainly of the automotive and aerospace sector.

Its plant is located in Guanajuato Inland Port and according to Toshitaka Yoshizaki, president of OSG Royco; here we manufacture a wide line of high technology cutting tools, mainly weaves, bits, drills, cutters and testers.

But in addition, with the aim of providing its customers with added value, they also have a workshop for the renovation and repair of tools.

“Through cutting tools and the cutting-edge technology we bring from Japan we want to contribute to the growth and development of the market in Mexico, and the automotive and aerospace industry. Also, one of our main goals is to contribute to the well-being of all workers,” said Toshitaka Yoshizaki.

The manager said that they decided to start up a plant in Guanajuato to be close to its customers, due to the dynamism that the Bajio region experiences in terms of the arrival of new investments and the growth of the automotive and aerospace sector.

He announced that 60 % of its production is addressed to the international market, mainly to countries like the United States, Canada and Japan. Meanwhile, 40 % is for the national market.

Most of the OSG Royco production is for end customers like Mazda, Nissan, Honda and VW.

“They are important customers for us, they always require technical services in their production and our engineers are daily developing new designs and solving problems,” he explained.

From this location they will offer after-sales services for the region, as well as the service of re-sharpening and coating of tools.

He said that in Mexico is the company that has more production and that its advantage is that they can send their technical services to end users.

He informed that the technology with which the plant of Guanajuato has been brought from Japan and that are governed by the values of the parent company.

“In our industry intelligence and discipline are fundamental,” said Toshitaka Yoshizaki.

He announced that currently at the plant are working around 50 people, but the goal is to generate 50 more jobs in the short term.

“We always try to create better working conditions, offer opportunities to access better education and training for all our workers. We invest in human resources in the same way as in the production area,” he said.

In addition, OSG Royco Guanajuato Tech Center has a training system, where they “map” the skills of each worker and evaluate them quarterly.

Also, they have an auditorium with capacity for 60 people and a demonstration room of machining.

They also have an auditorium with capacity for 60 people and a machining demonstration room.

OSG Royco Guanajuato Tech Center is the second OSG Royco plant in Mexico; the first is located in Toluca, State of Mexico.

Worldwide, its history began in Japan in 1938 and in Mexico they have been present since 1994. In 1998 they built their plant in Toluca and from there they have grown steadily in the country. In 2016, the factory began operations in Guanajuato.

Toshitaka Yoshizaki revealed that the Guanajuato plant has the capacity to expand and increase its production.

“Every year we add new products and new areas of work; after almost 80 years of experience in the world we have over 6,000 people working for the group and in Mexico around 400 employees,” he concluded.

Apimex helps the growth and strengthening of the industry