Silvia Garcia encourages by setting an example to transcend at work 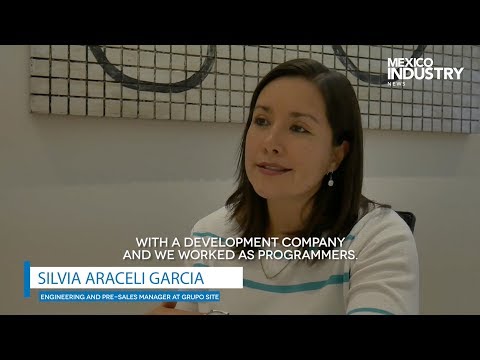 Encouraged by the interest of growing and professionally excel was one of the visions Silvia Araceli Garcia Cabrera had, when she graduated from computer systems engineering in 2001.

She worked on a footwear factory, later in the Guanajuato State Congress and entered to collaborate on an advisory of Information Technologies, where she specialized in programming.

With an interest in growing she migrated to Canada, country that expanded her vision to get back to Mexico and potentiate her skills, and in 2004 Grupo SITE opened their doors to become her second home.

In this company – specialized in offering technological solutions – she began analyst programmer, and then became software development coordinator, where she had 20 collaborators on her charge.

Time after, she asked herself how she could have more challenges and moved to other department, where she had the position as software product manager.

“One thing is making the project and another one is selling it.  That learning process was different because before I interacted with engineers and now I had to do it with our customers and prospects,” she said.

To continue with challenges in Grupo SITE she changed position to software and networking product manager, position she considered interesting because she had forgot certain skills focused on networks.

In a phase towards transformation, the company asked her in 2017 to be in charge of the engineering and presale area, where she is aware of the six business bases which are software, networking, wearless, technological security, physical and infrastructure safety.

“I only knew two processes of six and they asked me to coordinate the areas.  What I like of Grupo SITE is that you can develop, depending where you want to develop,” she said.

Her current positions allows her supporting engineers from all departments, and for them to keep interested in professionally develop, encourages them to offer a quality service and inculcate a continuous internal communication.

What has left her as teaching being in this company is that she was able to learn and have many experiences in technology development and interpersonal formation, reason why she recently was granted with the recognition as Professional of the Year 2018, awarded by CANIETI Guanajuato.

“I have had the opportunity of developing business strategies, which makes me had greater knowledge, I have traveled to other countries and learn about other cultures.  You value everything that can be offered.  I am aware that I want to continue growing inside Grupo SITE because it challenges me to continue evolving and I would like to be an example that moving forward depends on one really wants to do so,” she noted.