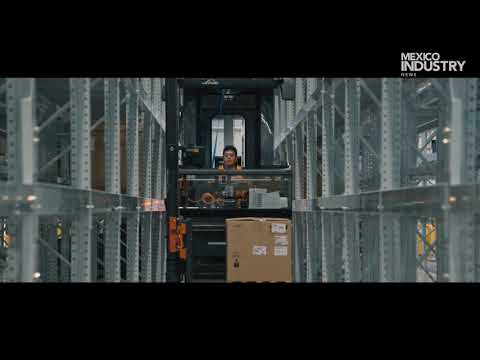 San Luis Potosi plant will be what is called a “complete plant” and will have the body, paint and assembly areas.

With an initial plan of 175,000 units, BMW Group Plant San Luis Potosi has projected growing above 650,000 units.  Executives announced that the company has its three objectives defined: go from the 3 Series to hybrids and electric ones in five years; grow export markets from 40 countries to more than 60, and have a flexible capability to go from sedan to SUV commercial vehicles, as the Munich plant reached its maximum capability.

“Since the beginning, we projected the plant in such manner that we could react promptly and flexibly before future variants of models and production volumes.  In our ultramodern plant, we use innovative technologies of the Industry 4.0 sector.  Our plant characterizes for new automation solutions and modern driving assistance systems.  We are also centered in sustainability since our beginnings: we are settling new bases in that area,” shared Hermann Bohrer, director of BMW Groups San Luis Potosi.

The parameters established with technologic innovations will allow the plant to be efficient, qualified and sustainable with processes of the highest quality.  Oliver Zipse, a member of the Board of Directors of BMW AG Production, said that this is part of the digitalization strategy.  Machines and robots are connected to their ‘Intranet of Things’ architecture.  Smart maintenance systems with sensors and algorithms monitor the production flow without interruptions.

“This plant is of great benefit to Mexico, the State, and the city of San Luis Potosi and for Grupo BMW, given its objective of achieving a balance in production and sales on the different areas of the world.  Only in Mexico in 2018, we delivered more than 25,000 vehicles to Mexican customers,” he said.

In the building are assembled the structures that integrate the vehicle bodywork, in this area is welded, rivets, screws, glue and stick the pieces that makeup it.  It is manufactured with the stricter in geometry matters.  Components are supplied by local suppliers that operate according to the specifications and under permanent assistance from the BMW Group.

The characteristics that distinguish the 3 Series bodywork is its safety and fuel consumption since its structure is very light due to the mixture of metals that constitute it.  The car is made from three different materials: Aluminum, high strengthen steel and zinc.

This area has nine lines where 500 robots are distributed, and about 250 collaborators work in the area.

Currently, the area is integrated by 200 people, the same that works together with 72 robots to achieve a quality finish.

Miguel Gonzalez, manager of the Paint Area, said that it is the most advanced sustainable taller the Group has; the process takes 8.5 hours and each unit is covered on 5.7 liters of paint.

On pretreatment cars are covered with an electrochemical coat that protects the metal, about 450 liters of water are used per unit, 80 % is recyclable, therefore they are the first workshop of the BMW Grupo de production that has an extra process than the biologic treatment, anaerobic and of inverse osmosis in order for the remaining 20 % were free of process water.

BMW Series 3 is painted in 10 different -color-s, paint is water based and vapors are captured on a cleaning system, which turns the process more sustainable.

ASSEMBLY, THE AREA WITH THE LARGEST WORKFORCE

There are 706 direct employees in the area, in addition to the triple of those in bodyworks and four times the ones working in paint.  Why do they have too many people? Because quality, detail, and attention in assembly are only achieved with human workforce quality.

Luis Ibarra, production manager of BMW Group Plant San Luis Potosi, said that the production lines 30 and 19, have very particular technology, those are lines with inclination transportation, where cars are tilted between 80 and 90 grades.

“The reason for this type of technology is for ergonomics, this way, tilting the unit, they can have better access to operations they perform under the unit and workers have the process on an ergonomically better manner, and the second one is for quality, as it is one of the stations with higher ergonomics assembles can be made with better quality,” he said.

A particularity in cars’ assembly, is that doors are installed in the unit at the end, the reason is because they do it separately, it is for vehicles care, since more access to the bodywork is possible and work can be done better, in addition, because there are different kinds of doors depending on customers’ choice.

Critical processes done in these lines are the installation of fuel pieces, brakes lines, fuel tank, among others.  This transportation system is one of the few there is in the automotive industry and one of the most modern.

A great number of other technologies from the Industry 4.0 sector are used, for example, the assembly of the paper is substituted mostly by screens.  Employees have two screens per cycle to obtain the required information that before was available on printed paper, with that, they save about 60 kilograms of paper.

In the opinion of…

“Since 2014 BMW and its team have become an important part of San Luis Potosi.  Our commitment to the region goes beyond the creation of jobs, we are actively collaborating with government authorities to support the city’s development, activities based on education, sustainability, and community.”

“The importance of this plant lays on its great meaning in economic matters, but with the sight settled on the highest and far away, we know it transcends further.  Today San Luis Potosi is their house in Mexico and Latin America.  We are sure that this new plant will write great success stories for this great company”

3.    Oliver Zipse, member of the Board of Directors of BMW AG, Production

“This plant is of great benefit for Mexico, for San Luis Potosi and for Grupo BMW equally.  It is an important pillar in the global production strategy of BMW since our objective is to achieve a balance in our production and sales in different areas of the world.”

“In the last four years 105 companies, among new and expansions, join this growth brought by BMW.  All BMW Series 3 versions will be produced and is estimated that they will grow in San Luis Potosi in 10 years, manufacturing in the future, hybrid and electric cars given the flexibility of the plant.”

“It is a big joy, I am from San Luis Potosi and began since the start of the hiring process in 2015, and saw this plant settled in my land, having been part and contribute to recruiting  more than 2,500 colleagues, fills me with pride and big joy.”

“For us the fact that graduates could work here and be able to work in dual formation is a great opportunity; Currently, internationalization is not about working in another country, is to work in your origin city in this size of companies, and we are training them to work on a company like this one.”

“BMW is making a social investment in the community, it has projects to encourage quality in education and we will be working with people, without doubt, companies that decide to share their wealth and talent, are the most valuable for any county.”

“It is a new era in industrial technology, it is inspirational since it is a 4.0 plant, this settles a watershed in San Luis Potosi Industry and celebrates these investments continue to arrive.”

“It is a great achievement, we are very happy with the people of San Luis Potosi, we hope within some years the company grows more and we are proud because from San Luis Potosi we will contribute with 10 % of automobiles produced in the entire Country.”

10. Ricardo Perez, president of the Union of Users of the Industrial Zone (UZZI, by its Spanish initials)

“The Industrial area of San Luis Potosi becomes a focal point, we are the ones contributing the most in Gross Domestic Product and we hope we will continue this trend, with the beginning of operations effort and work of several years is consolidated and this will bring new results to the State.”